I’ve been missing from my blog lately, sure I posted yesterday, but that was only when I opened my file and realized I had written a pretty good write up and never posted it, so it doesn’t count.

My husband and I have been discussing my writing a lot lately, I’m a bit unfocused right now, it is what we call the “off season.”  Now the difference between the “season” and the “off season” for us is that we are not currently hosting any events.  It doesn’t mean we are less busy, we are just busy doing all the things we don’t do during the season.

The off season started right before Thanksgiving this year, we got back from Baja and the Score 1000 to spend an extra week in greater Phoenix so we could attend a few parties and see some partners; then off to Sacramento and a longer than usual visit with my in-laws.  We got to see a lot of friends and eliminate a major monthly expense (storage units, don’t get me started on what I think of those), and of course spend time with family, always worth it.  Then a quick trip to LA to pick up our youngest daughter, another trip to Utah to see the middle one, and finally to Idaho to see the oldest daughter for the holidays.  That took a month, but seemed to fly by.

We stayed in Idaho longer than intended (another story, I might have to share), and then to Montana – the same place we spent last winter working on a house we own.  But the question posed here was not what are we doing, but how do I write?

The above just explains my unfocus, it’s not that I lack material, it’s that I lack discipline.  During the season, there is time scheduled for sitting at my laptop, right now, it is hit and miss because we are always moving.

When I start a blog, it is with a sentence, maybe two that has found its way in to my brain and needs to come out.  The beginning sentence is almost always formed before I touch the keyboard, what follows never is.  I might have thought of a direction, but as soon as I start typing, it could become overshadowed by something else. I really don’t know where I’m going until it is written.

My mind naturally flows for 400 to 500 words and then it concludes.  I can’t seem to plan it.  It takes about twenty minutes to write, another twenty to edit and post and it is done.

In November, I tried to participate in NaNoWriMo, for the third year in a row.  First off, I know I’m going to have to pick a different month, November starts with SEMA – never a good time for me.  But putting that aside, I can’t seem to plan my writing.  I have good story ideas, or at least the beginnings are good, I just don’t know where they are going.  It is the same phenomenon as when I blog, it just starts to flow, then it stops.  I tried this year to create a story outline, it wasn’t very inspiring.

Next on my list is Non-Fiction Now!, I think this will be easier for me because it is more task oriented, I’ve started, just need to find that discipline that I’ve been missing. I am a list maker, and non-fiction seems to lend itself over to lists, why can’t I do the same with fiction?  If you blog, write novels or write non-fiction, how do you do it?  Do you know where you are going before you start?

Ahh, November 30th in NaBloPoMo world.  Thank God.  Today is my 30th blog posted this month, one per day.  I finally met a goal.  On the 1st of November, I looked at what everyone was starting, I think this and Movember are the only things I’ve seen finish.

My Facebook friends who started out being thankful, probably still are, but they haven’t shared in a while.  The NaNoWriMo campaign to write 50,000 words in a novel dropped off for me on November 12 with 11,560 words – oh yeah, that was my first day in country in Baja – no wonder.  I didn’t even make it as far as last year, but at least this book isn’t stuck, I still have story in my head yet to write.  And, I know this is cheating because this blog is not a book, but I have written at least another 12,818 words this month, so if I added them together….nope, still really short.

So I guess, one of two isn’t bad, 50%.  The blog I enjoy, it’s fun to be able to share with others what I’m up to.  I’m afraid when I take stock of my 50th goals on the 4th this month, I’m going to find I’m short meeting those too, but one failure at a time, please.  Thank you all for coming along on this journey, remember to read What’s It All About, if you are wondering why I’m taking up space here.  Happy end of NaBloPoMo to all of you. 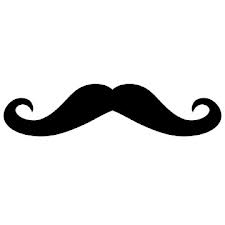 It seems every one of my friends started something new today to celebrate November.  Three people (all women) on my FB began a Thank you campaign – celebrating Thanksgiving with 30 days of gratefulness.  A couple of men I know started Movember clean shaven.  “Movember is all about bringing back the moustache, having fun and doing it for a serious cause; men’s health, specifically prostate and testicular cancer initiatives. Mo Bros commit to growing a moustache for the 30 days of Movember, and in doing so become walking and talking billboards for the cause. The moustache is our ribbon, the symbol by which we generate conversations, awareness and raise funds for men’s health.” (from the Movember website)  Having just completed the pink ribbon campaign for breast cancer, Movember is the perfect followup.

Then there are thousands of us who began NaNoWriMo, an international campaign to write 50,000 words in 30 days, the size of a small novel and also NaBloPoMo – National Blog Posting Month, it’s a way to publicize your blog and get more people to read it, as well as prompting you to write more.  Apparently the writing community wants you to be prolific this month.

The NaBloPoMo event is right up my alley, I’ve been trying to write daily as it is to share my 50th year.  Read “What’s it All About” for details, but essentially, I’m celebrating the journey to my 50th birthday right now, and it’s going famously.  Already I’ve started meeting goals – I figured I’d take stock of those on the 4th, a month in to make sure I’m on track.

NaNoWriMo – or National Novel Writing Month is my second attempt.  Last year I stopped on the 15th with 15,892 words – I was already 9,113 words behind by then and didn’t know where the book was going.  This year I’m off to a good start, at least for the first day, but I really haven’t thought through the whole book yet, so I may run in to the same problems I had last year.  We’ll see, I’ll keep you posted.

In the meantime, life goes on, the SEMA show is happening here in Las Vegas right now, we will be headed to Baja soon for the SCORE 1000, and I’ll have to figure out how to keep my blog going south of the border.  It’s not so much the technology challenge as the mental challenge of wanting to meet goals when the Sol (both beer and sun) are flowing.  Ahhh, Baja, I can’t wait!